skip to main | skip to sidebar

The Dreaming Rabbit Arrives - An Outsider / Self Taught Art

Exhibiting a time lapsed version of the art of Joe Romano, an Outside Artist. Here is the artist hand at work creating D N A Storm, a 24"x30" acrylic on masonite panel.

Below you can see the finish D N A Storm: 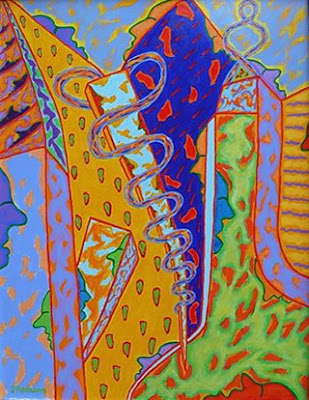 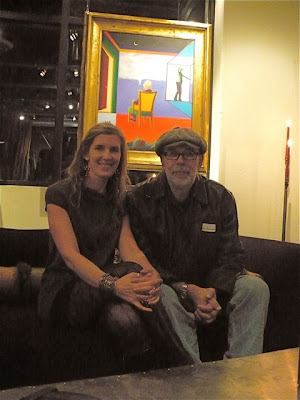 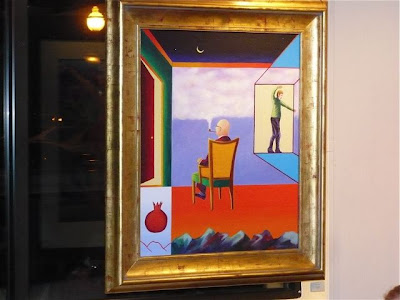 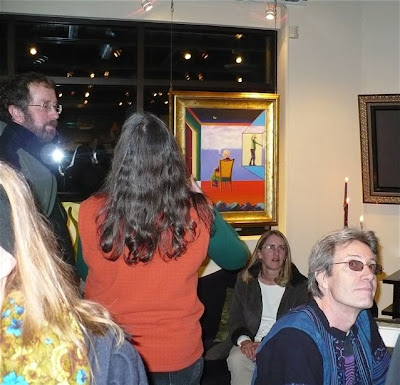 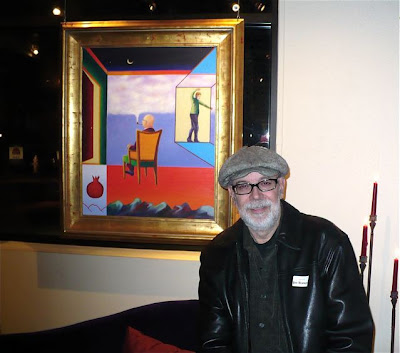 Joe Romano with "PIPEDREAMS"
Posted by joeromano at 2:02 PM

An Evening in Celebration of the Human Spirit - From Ashland Daily Tiding Revels November 6, 2008 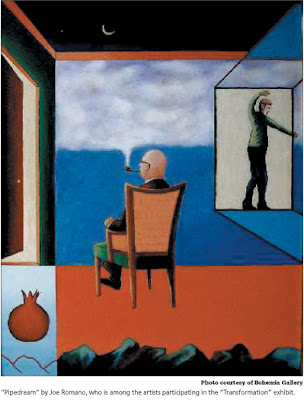 Horizon Institute will present its 8th Annual "An Evening in Celebration of the Human Spirit" at 7 p.m. Saturday, Nov. 8, at the Oregon Shakespeare Festival's Angus Bowmer Theatre, 15 S. Pioneer St., Ashland. A related visual art show, "Transformation," will take place during the month of November at Bohemia Gallery, 222 A St., Ashland.
The founder and executive director of Horizon Institute, Richard Moeschl says in the program notes, "This year's theme expresses the power of inspired, collective transformation. It seeks to encompass on stage the human spirit emerging from isolation, separation and polarity to an engaged community of enlightened and empowered individuals."
(Moeschl is the arts and entertainment editor of the Southern Oregon Media Group's Tempo and Revels sections.)
As in past years the event features performances by area poets, actors, musicians, dancers, and artwork by area painters, sculptors and photographers.
Scheduled performers include: Alexander Barnes, Pamela Joy, Michael Gibson, Meagan Iverson, Bruce Bayard, Robin Bryant, Richard Hartley, Presila Quinby, David Gabriel, Tamara Marston, Kevin Christman, Margie Norgan, Judson Hyatt, Kristin Kessler, Laura Derocher, Gypsy Soul, Eve Smyth, Kate Sullivan, Markita Shaw, Suzanne Barnes, Denise Baxter, Larry Lewis, Pauline Sullivan, Jennifer Schloming, Elib Crist-Dwyer, Geoffrey Riley, J.R. Storment, Michael Mish, Inger Jorgensen, Dancing People Company, members of the Jefferson State Choral Coalition, Kirby Shaw, Ashland Casinero Dance Group and Salsa Trio.
"The variety-show approach of spotlighting separate performances which worked so well for us over the past seven years didn't seem as if it would adequately serve this year's broader theme," the program notes say. "Our show tonight will be more of a theater piece. The separate performances will be woven together with the common thread of the event's theme."
All music for the show will be performed live. Four painters will be painting on a huge canvas on stage. There will be short scenes from three plays, a mime, improvised music and dance, poetry, a Tango, salsa dancing, a vocal piece by Bach, songs from Broadway musicals, modern dance, choral and instrumental music, and opportunities for the audience to recite a poem together and sing the closing song. As part of the celebration, Bohemia Gallery held its first juried show with more than 20 artists participating in the "Transformation" exhibit.
Featured artists include: Ann DiSalvo, Cantrell Maryott, Carmen Sonnes, Charu Colorado, Denise Baxter, Dot Fisher-Smith, Gaelyn Larrick, Jaquelene Ambrose, Joan Franklin, Joe Romano, Jonathon Treasure, Kendra Lichtenwalner, Melissa Cooley, Nancy Bardos, Roberto Bufalari, Shoshanah Dubiner, Suzanna Solomon, Danielle Anjou and Kevin Christman, Lydia Wren, and Derek Pyle.
"All the pieces in the show reflect a common thread: A celebration of humanity and the beauty of transformation," says gallery owner Nicole Hurley in a press release. "Because that is such an important theme this year, we were completely overwhelmed with the sheer volume of submissions we received. Narrowing down the list of artists has been the most difficult part for (co-owner) Inger (Jorgensen) and me. There's a very organic-unity to this exhibit. It just feels good to take in. I'm very excited about it and I think it's exactly what our community needs right now."
Many of the artists will be on hand to discuss their work during a reception at the gallery on the First Friday Artwalk from 5 to 8 p.m. Friday, Nov. 7. The First Friday event at Bohemia is the official kick off for "An Evening in Celebration of the Human Spirit," which will take place the next night, Saturday, Nov. 8 at the Bowmer Theatre.
Tickets for "An Evening in Celebration of the Human Spirit" are $15 general admission, $10 for students, and $5 for children 12 and under. Tickets are available at Bohemia Gallery, Paddington Stage, and at the Bowmer Theatre the night of the show.

Posted by joeromano at 1:53 PM

joeromano
I am an artist and musician. I've worked in both fields. My website joeromanoart.com can fill you in on details.